When a parent company opts to divest one of its subsidiaries, it’s often in the interest of making the former more focused and agile and directing the latter toward more capable and profitable hands.

In the case of most carve-outs, it’s a successful endeavor. Though not often high-profile, the process is a boon for parent companies wanting operational flexibility without ceding full ownership of a profitable peripheral.

But while a carve-out can prove a valuable activity for strengthening a firm’s financial bottom line, it can be a monumental headache for the teams tasked with ensuring the carve-out is ultimately a success. Nowhere is this more apparent than with IT.

Think of the carve-out in terms of two neighboring cities. Although independent of one another, there remains an abundance of shared infrastructure that each city must maintain for the benefit of the other. The businesses on either side of a carve-out face a similar scenario. They remain linked, even dependent upon one another, thanks to their possession of common business interests, such as a mutual client base and vendor relationships.

But that’s just the beginning. The connection usually goes far deeper than a corresponding list of contacts. In fact, all their systems are intertwined — email, active directories, accounting, purchasing, even aspects of the two entities’ marketing and operations share commonalities. Each one of those areas on its own can be a huge undertaking for any IT team to unravel.

And there’s more. Detangling software licensing and shared platforms such as customer relationship (CRM) or enterprise planning (ERP) platforms is an even bigger task. Adding to the complexity, both assets need to keep their operations running (or, in the case of the new asset, get them up and running) as the divestiture moves forward.

Regardless on which side of the carve-out you fall — the divesting firm, the new asset, or your IT team is tasked with balancing both — knowing the full scope of what lies ahead will allow you to plan accordingly.

Plotting a strategy, even if from a cursory 30,000-foot view with the carve-out on the horizon, is crucial to successful project management of any kind. Even more so when you’re tasked with maintaining normal business operations during the planning, implementation, and especially the execution of the carve-out.

Business continuity is not an option

Critical to all divestitures is the need for continuity both during and after the carve-out. It extends to both the parent company as it strives to maintain forward momentum and the spin-off organization as it seeks to gain its own footing. Failure to keep your team focused and on task results in both companies suffering as they attempt to advance their enterprises.

In their in-depth analysis of the carve-out process, researcher Markus Böhm and his team examined five real-world instances of IT carve-out (company names were anonymized).

The above example may be extreme, but it demonstrates that IT teams especially bear the brunt of the anxiety during carve-outs. Tasked with the technical uncoupling of two entities while avoiding business disruption, they face the prospect of uncertainty daily.

To advance a vibe of consistency, delegate tasks as you normally would. Keep your software team focused on software. Ensure the hands of your hardware specialists toil with hardware. Push your project managers towards the finish line while removing distractions that can steer them off course.

And make space to celebrate the positive aspects of a carve-out. Reward the small wins that come with a big project. Reinforce that divestitures regularly translate into a fresh start, future opportunities, and the potential for greater innovation. 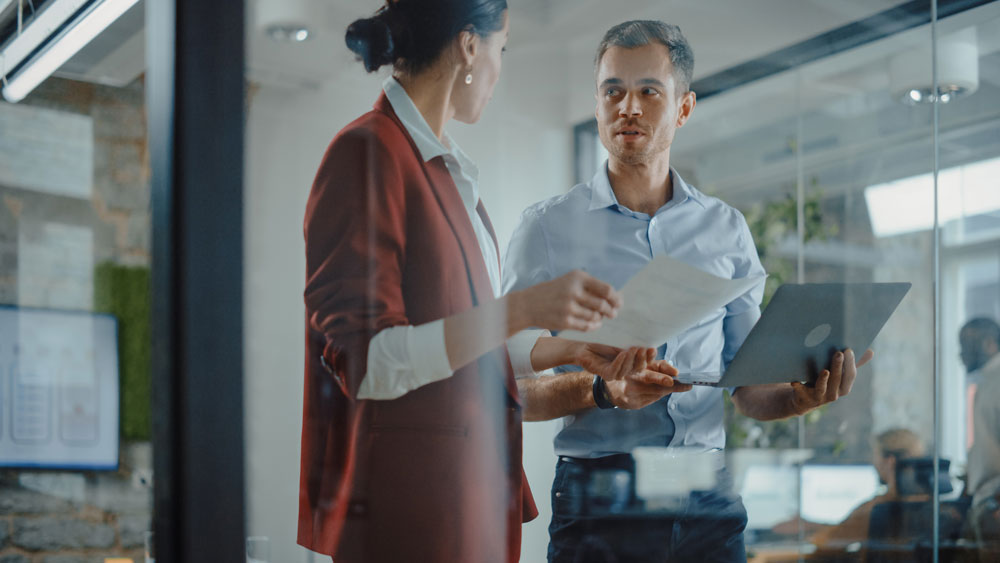 Utilize the cloud for storage, training, and testing

Arguably one of the biggest hurdles to an otherwise successful carve-out is data. Depending on the size of the divesting firm, you could be sifting through and separating massive amounts of data from the shared enterprise systems and beyond.

A necessity in any carve-out, the division of parent company data ensures the two entities can function independently from each other. If mismanaged, the entire venture can suffer due to cost overruns and wasted time and resources. And failure to complete the IT portion in a smooth, timely manner can even delay non-IT-related aspects of the carve-out from moving forward.

Even if all the systems are successfully migrated, you and your IT team must also train staff on new systems and procedures. And you must be confident that the new systems are tested, operational, and fully understood by the teams that must use them on a daily basis.

To help you streamline both processes, and provide a place to store data, and train and test new implementations before they go live, you’ll want to embrace the cloud. Cloud flexibility provides an optimal environment to work, train, communicate, store data, and keep the disparate teams of an in-progress carve-out connected. Plus, the cloud protects against any system failures and offers a critical contingency plan in the event of implantation setbacks. Your data is always secure and accessible, which means you’re never starting from square one should you face any roadblocks.

Don’t carve it out alone

Though carve-outs are prevalent across a host of industries, they’re a lot like buying a house. Property is constantly changing hands, but for the individual, it only happens between five and seven times in their life. In other words, carve-outs are rare occurrences for most companies and their IT teams. They’re tough to plan for and even harder to manage. That’s true for even the largest and most well-established organizations and technical groups.

The key then is to partner with someone who does have the experience and expertise to navigate the IT side of a carve-out.

SubjectData can be a trusted advisor to companies facing a complex carve-out, bringing decades of experience with the complexities of mergers, acquisitions, and carve-outs and a wealth of IT migration best practices. If you’re staring at the prospect of a chaotic carve-out, request a consultation today.  It’ll save you time, promote efficiencies, and keep considerable levels of stress at bay.